You need to login or register to bookmark/favorite this content. 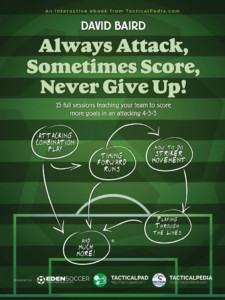 This eBook will provide 15 session plans to play an attacking 4-3-3 system, with the emphasis on scoring more goals. This will include, but not limited to:
• winning the ball high up the pitch
• building from the back and through the midfield to get into goal scoring positions
• creating chances through crossing, striker movement and supporting
• the forward players
• being adaptable and playing with two or one attacking midfielder

Always Attack, Sometimes Score, Never Give Up has the ultimate aim of providing coaches with easy to understand sessions, that can be adapted or progressed to get your team playing an attacking brand of football throughout the season. 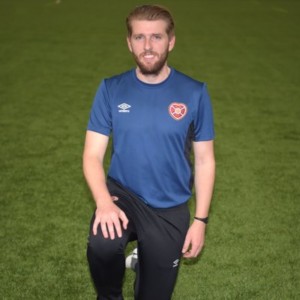 He first started coaching when studying for his sports coaching degree almost 10 years ago and since then he has been constantly mixing his passion for the game with an ambition to learn and improve as a coach.
After graduating from university he spent a year coaching football in the Middle East, something that he found enjoyable, challenging and very beneficial to him as he continued to learn the game. The next step in David development as a coach was another trip abroad, David spend 4 years coaching youth soccer in New Jersey, USA. During his time in the states David coached all age groups and ability levels, from recreational youth teams to semi professional men’s teams.
In September 2015 David returned to Scotland to be closer to his family and friends. Since being home he has completed a 6 month performance analysis internship with Hibernian football club, with his main duties consisting of opposition analysis for the first team.

David currently works as an academy coach at Heart of Midlothian football club and is going through his UEFA coaching qualifications. His philosophy revolves around attacking football, team work and developing youngsters to be good people as well as good players.

A philosophy which hopefully shines through in ‘Always Attack, Sometimes Score, Never Give Up.’
Thanks for reading.

There are no users currently online